Here is the HP ZBook Studio G7 Review and This is the hp Zbook studio g7 generation 7 mobile workstation laptop review. It’s a 15-inch mobile workstation that is thin light and attractive which you don’t get to say a whole lot about mobile workstations typically do you well this one here there’s also a creator model in addition to the studio model

And the difference is the creator has GeForce graphics from Nvidia this one has NVidia Quadro graphics otherwise they are pretty much the same and it’s just to keep it kind of cute with the naming conventions that do make sense of a change.

There’s also a Zbook fury which is thicker heavier but more expandable and then the lightest one is the firefly pretty cool set of names there that kind of mean something, anyway, this stylish little book with the deco style z inside is very impressive in terms of the power that you get for the weight 3.84 pounds which are 1.74 kilograms is 17.5 millimetres thick.

There are four different display options available there’s the dream colour latest generation and the name is true.

It’s a beautiful wide gamut IPS technology display which unfortunately we don’t have this time but it’s always among my favourites for creator-oriented displays for those who need full Adobe RGB coverage.

But it’s not like a thousand it’s in your face it’s there to create the privacy effect and we have that one that one’s full HD as well so other than the OLED display these are matte non-touch panels on board the chassis on this is CNC aluminium and it’s a natural satin finish no paint so no paint to scratch off that’s the good part.

It’s fairly durable it’s nice and rigidly built and the contrasting silvery sides it that has kind of remind me a little bit of that spectre look it’s a nice look and again for a mobile workstation this looks a lot more stylish than most of them.

So those who look at a razer blade studio or an advanced model and think well that’s pretty the rest of them aren’t well here at least there’s a little competition in the looks department different aesthetics certainly from a razor.

But yeah, hp sees himself going after the 16-inch MacBook pro with this and honestly, I don’t see that so much because the GPUs in here are pretty darn powerful so kind of a different class machine and obviously for those who want windows.

But there’s also an ubuntu option for those who prefer Linux or FreeDOS if you just don’t want to spend money for windows inside, we have an intel 10th generation 45-watt H series CPU.

So, despite the fact it’s relatively thin and light we’re not looking at Ultrabook CPUs here which we sometimes see on the posher and thinner mobile workstation line so you can get it with a Core i5 a core i7 with v Pro options even a core i9 8 cores versus the six-core i7 and there’s an intel Xeon option too and you might think that’s already sounding a little toasty

So, with that even though it’s max Q 60 watt the 3000 which is about equivalent to an RTX 2060 in the GeForce line which you would see in the creator there’s still enough possibility for making heat here but guess what hp is using a vapour chamber which is pretty cool to see.

So more effective cooling so indeed the core temperatures GPU temperatures under heavy load on this, of course, it’s intel you can get it into the 90s if you are pushing it hard.

So you’re not going to want to put this on your lap and of course, any performant laptop you wouldn’t want to because it’s going to get uncomfortable the heat up top at least is towards the display above the keyboard area not blowing on the display but it’s bit away from your hands on the trackpad.

So that part is good the fans under light use you really won’t hear them if you’re pushing it hard you will hear them, they are not obnoxious screechy whiny or anything like that but yeah it needs those fans and it will use them in terms of internals and expandability.

This is where you’re giving up something versus the fury which is the thicker more expandable version ram is soldered onboard DDR4 266 megahertz you can get it with a maximum of 32 gigs of the dual-channel which is what we have so if you need more than that you’re looking at something bigger if you want to go with hp.

We have one m.2 SSD slot NVME PCI 3 given the generation of CPU and chipset that makes sense so no dual SSD which is kind of too bad but that vapour chamber takes up a lot of space and so does the battery which is an 83-watt hour which is a pretty decent sized battery which means you can use this away from an outlet which isn’t always the case with mobile workstations

Since we have Nvidia switchable graphics going on here if it’s using intel UHD graphics say you are doing light stuff you’re doing your slack or your office or whatever those sorts of things streaming video and this thing reached seven and a half hours and 200 nits of brightness that’s pretty darn good.

If you set the brightness lower if you can tolerate that you can get longer run times and that’s on the balanced power profile on our benchmarks, we run it on the high-performance windows power profile and the benchmarks are where we would expect for our core i7 six-core CPU and that Quadro RTX 3000 now for those who like GeForce better and hp actually does the bill

It is something you can gain with because the cooling is up to snuff with that vapour chamber again there are the creator models instead and that have your GeForce cards inside the keyboard this is pretty comfortable and pretty tactile not deep travel again you’re looking at something that is not very thick but the feel of the keys the key return all that sort of thing I enjoy typing on it.

As your usual white backlighting, the trackpad on this is fine but if the surface is on the slippery side, I prefer a little bit more traction so my finger isn’t skating back and forth but other than that and that’s a bit of a personal preference there it works just fine in terms of connectivity you have got intel WI FI 6 Bluetooth five that’s the axe-201 card.

There is no 4g or 5g option for this once again look to other models from hp or other vendors if you’re looking for that and you need to have that connectivity is good as well too, we have two thunderbolts 3 ports onboard we have mini display port if you go to the creator, you will get an HDMI port which is 1.4.

When connected to integrated graphics or 2.0 and the d GPU is activated headphone jack full-size SD card slot because again this is geared towards those who are creating content that sort of thing and we have a USB 3.1 port on board as well

So pretty good connectivity especially given again the size and the performance packed inside the machine the speakers on this are surprisingly good I guess because they figure you might be doing a little bit of gaming on this especially if you get the creator edition instead, we have got quad stereo speakers banging alts and Brandon and they get pretty darn loud and they have some reasonable bass on them so you have got two above the keyboard and you have got two that are down-firing as well.

So nice job there for biometrics you have you have an optional fingerprint scanner and optional windows hello IR camera there’s a webcam onboard a to 720p there is no privacy shutter on that for our particular privacy screen model there is a dedicated button on the fn road to turn the privacy feature on and off.

Also Read: Super Light LG Gram 17 Review Should You Buy or Not?

I don’t recommend this unless you need that privacy screen though because the viewing angles are reduced even when privacy mode is not engaged other than that the colour gamut’s fine the contrast is quite good some of the other metrics are a little bit unusual on this but overall for a privacy screen it’s pretty good creators will probably go for that dream colour display though that will set you back 400 bucks but then there’s the OLED glossy touch option if that floats your boat.

So other competitors would be the ThinkPad P1 from Lenovo which is also a very good laptop very different aesthetic and well some people are hp people some are ThinkPad people.

There’s something to be said for each the pricing is fairly similar ballpark between the two of those there’s a dell precision 55 50. That one doesn’t come with these powerful GPU options it stops at the Quadro t1 000 2000.

So, for those who need that need that graphics off there’s that again, there’s a 16-inch MacBook Pro and the razer blade 15 the advanced and the studio edition is very expensive but it also is the Quadro RTX 5000 the highest end of GPU.

So that’s part of the reason why it costs so much so I think there’s only a small slice of people that can afford that and need that much horsepower.

So that’s the hp Zbook studio g7 and you can tell that I’m pretty impressed with this as the mobile workstation goes it’s not depressing to look at it’s not heavy yet it’s very performant and it has vapour chamber cooling on board as to which way you go with this studio if you need Quadro graphics particularly architectural applications that sort of stuff and but for those who prefer GeForce because you are doing more blender stuff or you want to game with it you have got both options available which is pretty cool. 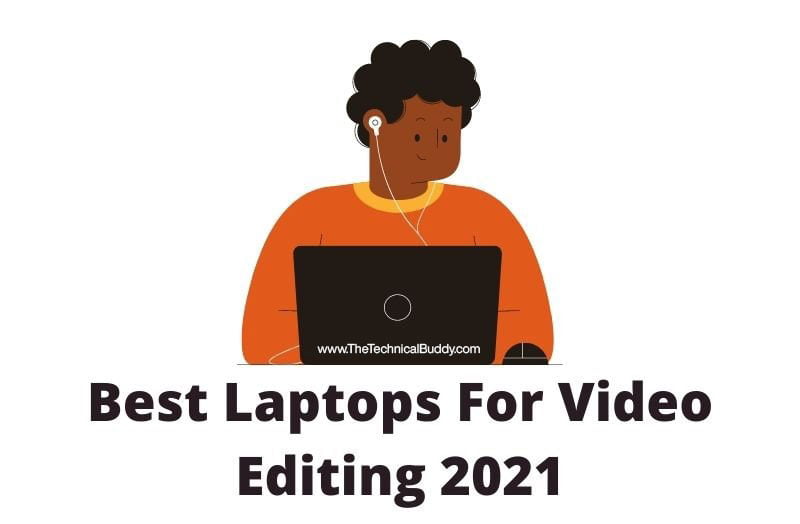