Now, we get that when it comes to movie night, Apple TV Plus might not be the first platform you think of; in fact, Apple’s commitment to solely original content means that their film catalogue is still more of a pamphlet.

After all, it took until November 2021, two years after the streaming service’s full-throttle launch, for the number of feature-length films to reach double digits.

However, one could argue that this is an obvious case of quality over quantity. After all, Apple TV Plus is the only streaming service to have won a Best Picture Oscar. It’s also attracted some very amazing talent, both on and off the screen. For just three instances, consider Hollywood’s ultimate nice person Tom Hanks (not just once), a Spandex-free Tom Holland, and the Coen brothers’ first solo effort.

Even if it can’t compete with Hulu, HBO Max, or Netflix’s extensive collections, there’s still enough to satisfy most types of movie aficionados, with everything from animated fantasies to musical theatre records to Shakespearean tragedies and coming-of-age dramas available at the touch of a remote.

So, if you haven’t yet explored the limited but decent cinematic offerings of Apple TV Plus, these are the best Apple TV movies available right now…

Here is the list of best movies on Apple Tv Plus:

Although intimate and post-apocalyptic may appear to be mutually exclusive adjectives, they’re both appropriate for this unique take on the classic one-man-and-his-dog story.

Every scene features Tom Hanks as the ill solitary survivor of a radioactive solar flare that has completely wiped out the rest of civilisation. But it’s the robot he makes as a substitute dogsitter, a delightful gangly construct comparable to Johnny 5, that nearly steals the show.

Finch, perhaps Apple’s most aesthetically stunning film, features some stunning cinematic vistas of the Aurora Borealis and the New Mexico scenery as the three try to cross one last item off their bucket list. Prepare your tissue boxes.

Swan Song, like many great existential sci-fi flicks, raises an enormously thought-provoking question: if you were diagnosed with a terminal illness, would you discreetly replace yourself with a clone to spare your loved ones the pain? In this introspective near-future thriller, Mahershala Ali’s sick graphic designer must answer this question before it’s too late.

While an ambiguous Glenn Close keeps audiences guessing about the motives of the doctor who gives this unusual, and ethically dubious, opportunity, the Academy Award winner is generally compelling as both the beloved partner/dad and the replica who gets a trial run in the same duties.

3. The Tragedy Of Macbeth

A Shakespearean tale that has previously been adapted for the cinema numerous times would not seem like a logical solo debut for a filmmaker as eccentric as Joel Coen. While the words remain faithful to the original, The Tragedy of Macbeth’s arresting aesthetics ensure that this is a Macbeth unlike any other.

Each monologue is shot in black and white, depending on the light and shade of the studio soundstages to match the depth of magnificent performances from Denzel Washington as the titular general and Frances McDormand as the Lady who prods him into becoming a bloodthirsty monarch.

What better place to begin than with the film that beat Netflix’s hotly-anticipated The Power of the Dog to the Best Picture Oscar earlier this year? CODA portrays Emilia Jones as the only hearing member of her quirky fishing family, who is overshadowed on the big night by that enormous slap. However, the youngster and those who have relied on her voice must rethink their futures after discovering a previously undiscovered singing skill.

With its feel-good musical plot, CODA does have a Disney Channel movie atmosphere. But it’s a fascinating video that delivers a rare authentic peek into deaf living through its frequent use of sign language and a gorgeous sequence that silences all sound.

Director Sofia Coppola and the ever-sardonic Bill Murray reunited for the first time since Lost in Translation with a far more lighthearted look at yuppie love.

Instead of playing the romantic lead, the latter plays an eccentric father who helps his daughter (Rashida Jones) figure out if she’s being cheated on in increasingly absurd ways. Murray was nominated for a Golden Globe for his portrayal of a playboy art dealer who believes all men are programmed to be unfaithful. In a delightful New York caper, he’s matched by an intriguing Jones attempting to show otherwise.

6. The Sky Is Everywhere

In 2022, Apple TV Plus entered the young adult market with one of those tragedy-tinged romances that were all the rage in the mid-’10s. The Sky Is Everywhere, on the other hand, is a cut above The Fault in Our Stars, Paper Towns, and the slew of slush fests that have made Nicholas Sparks’ output look like the pinnacle of nihilism.

For starters, Grace Kaufman gives an outstanding performance as a student suffering from the death of her sister and the problems of a teenage love triangle. While director Josephine Decker clearly leans towards the genre’s weepie cliches, she also adds authenticity and a distinct visual flair influenced by magical realism.

The Oscar-nominated Wolfwalkers completes Tomm Moore’s animated Irish Folklore Trilogy, which began with The Secret of Kells and ended with Song of the Sea.

A little girl travels to Ireland with her father on a wolfpack hunting trip, only to befriend a member of the tribe who is claimed to have a deep connection to the lupine world. The gorgeous hand-drawn animation, like its predecessors, rapidly immerses you in Moore’s mythical universe, but its profound reflections on colonialism, the environment, and all-around compassion ensure that its magical style has plenty of depth.

Greyhound, the platform’s first original film to receive an Oscar nomination (Best Sound), is the perfect Father’s Day film. It’s based on C.S. Forester’s naval warfare novel The Good Shepherd, and it’s set during the Battle of the Atlantic, with Tom Hanks playing a US Navy officer tasked with guarding an Allied convoy from a lurking German submarine.

If you’re looking for more character development, Hanks’ previous Apple TV film is a better choice. But if a visceral reproduction of a heroic WWII operation is your idea of a perfect Sunday afternoon, this gripping and intense 90-minute thriller should do the trick.

Hala, the Sundance smash that debuted shortly after Apple TV Plus’s introduction and remains one of the platform’s strongest original films, was the platform’s first original film and remains one of its strongest. The coming-of-age drama is based on director Minhal Baig’s short film of the same name, and it follows a 17-year-old Muslim-American girl whose love of skateboarding and school crushes clashes with her family’s traditional traditions.

Geraldine Viswanathan follows up her breakout performance in Blockers with a quiet but poignant performance as the conflicted protagonist, while Baig’s intelligent script adds a fresh wrinkle to the growing pains genre. If you like Little America’s fascinating vignettes of immigrant life, you’ll appreciate this feature-length culture-clash story.

This tear-jerking family drama was mostly forgotten when it was released in early 2021, during the height of the Justin Timberlake outrage. This is a shame, because Palmer gives one of his best performances on screen, and the film also tackles an important LGBTQ subject with much-needed empathy.

Timberlake plays the titular convict, who, upon his return to his Louisiana village, finds himself suddenly adopting a gender-non-conforming seven-year-old. You’ll be rewarded with a surprisingly emotional celebration of self-identity if you can leave all signs of cynicism at the door. 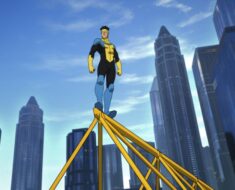